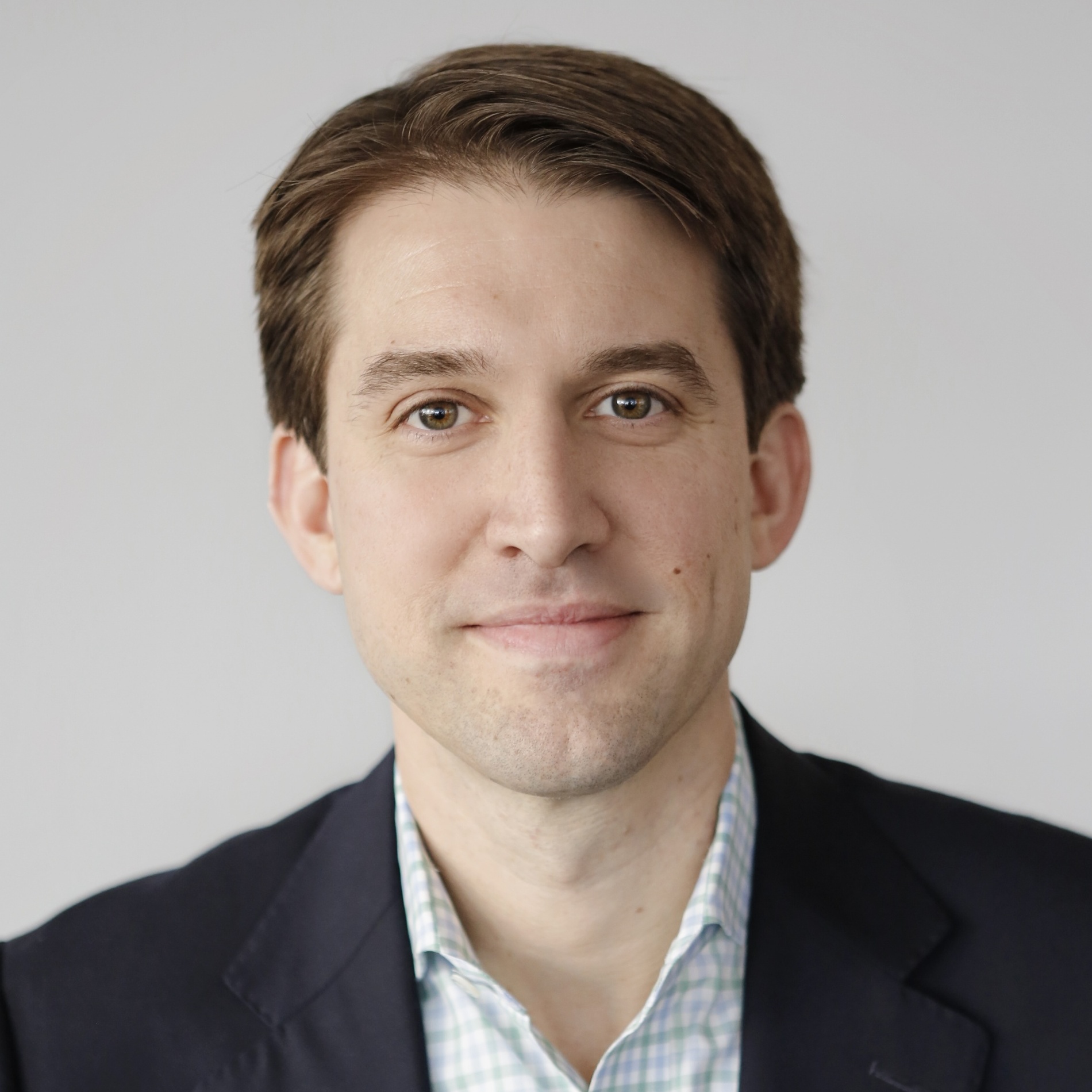 Since graduating from Owen in 2008, I first went into investment banking with SunTrust Robinson Humphrey in Atlanta. I was in the mergers and acquisitions group. When I first started I was a generalist but after a few years I became a specialist in specific industries, primarily healthcare and media. From SunTrust Robinson Humphrey, I went to a boutique investment bank called Signal Hill Capital where I focused exclusively on healthcare services transactions. At that point after Signal Hill I went directly into the industry and worked for a company called Vanguard Health Systems. Vanguard Health was a publicly traded company that owned 28 hospitals in 5 states. I was responsible for hospital acquisitions. When that company was acquired in 2013 the Chairman and CEO asked me to join him in his family office called Martin Ventures to be the Chief Investment Officer. Part of my responsibility there was writing the business plan for Contessa Health. I wrote the business plan in 2013 and all of 2014 before I founded Contessa in 2015.

Contessa partners with health systems to provide hospital-level care at home. The model was created about 30 years ago and it has been in existence in forms of grants or private like structures since then. There had never been a reimbursement methodology for hospital care at home. When I had the idea, I thought if we could create a model where providers could be reimbursed for this level of care and could be incented to do so if their hospital wasn’t at capacity or at financial risk, we would have a chance to address a pretty sizable market. I was first exposed to the clinical model while at Vanguard. We were trying to launch the “hospital at home” program in our San Antonio market and the company that acquired Vanguard had no interest in continuing the program. That’s when I decided to go work with Martin Ventures to found Contessa.

When I was at Martin Ventures I was responsible for making other capital investments. Prior to the business plan for Contessa, I had written two business plans – one I shelved and did nothing with and the other I had handed off and let someone else run with. When I was making the business plan for Contessa, I decided I shouldn’t make investments in startup companies and point my finger at entrepreneurs critiquing what they weren’t doing right when I hadn’t done it myself. That was one motivator and the second was that I just knew this clinical model actually needed to scale. When you thought about what everyone was trying to achieve in the healthcare industry (something called the triple aim – lower cost, higher quality and better outcomes) everything was kind of nibbling around the edges. I thought this clinical model really had the ability to impact that. That motivated me tremendously in conjunction with the thought that I had to try to be an entrepreneur before I could successfully invest in entrepreneurs.

Everything. I think the hardest thing is to not get upset or frustrated with things that are outside of your control. There are so many instances, regardless of what type of business you start, that are just out of your control and you spend so much time worrying and obsessing over how to eliminate those obstructions. It’s candidly the biggest waste of time because by virtue you can do nothing about it. Your time and energy can be much better used focusing on the things that you can control and that can drive good outcomes. It comes from Stoic philosophy. Stoics are constantly focused on the things they can control and if it’s outside of that it will create negative energy and be a waste of time. I think that is the hardest thing – accepting that there is so much that you can’t impact. Once you can come to grips with that, you’ll sleep better, you’ll be more productive and you’ll genuinely be happier.

The first one is the ability to let go. You can’t be a control freak. A lot of people are very hands-on and want to do everything. I think the best entrepreneurs are the ones that surround themselves with great people and get out of their way. Having that ability to avoid micromanaging is essential because as human beings we only have so much bandwidth.

Hand in hand with that is the ability to recognize talent. You have to be able to get past the fluff because in a startup your team has to have the ability to execute. They can’t just originate ideas, they need to execute them. Making sure you can identify the people who can do so is probably the most important thing. Related to that is also convincing them to come work for you because at that grade of execution they are likely very well compensated and have very secure jobs. You’re asking them to give up security and be that finance professional. You have to be a really good salesperson on a number of fronts.

The last thing that’s super important is a lack of ego (which is counterintuitive). A lot of people think the best entrepreneurs are extremely confident but what I’m specifically referring to is to let go when you know something is not working and not be so tied to your idea. Sometimes you just get it wrong the first time and you have to be able to recognize that and let it go and accept defeat or failure so that you can pivot or change your model in a manner so that it can be successful.

The patient care that we’ve delivered in COVID. We are partnered with six health systems across the country, soon to be eight. In particular, we are partnered with Mount Sinai in Manhattan. Manhattan was hit by COVID the hardest. Right out of the gate, when people knew very little about the virus, we started treating COVID positive patients within a couple of weeks. We were getting them out of the hospital, freeing up beds for patients who absolutely needed it but more importantly giving patients the ability to be at home because hospitals had restrictions of not allowing family to visit. I am super proud of our care team members for being able to do that when people were extremely sick with a virus that had never been seen. They were running into work every day while everyone else was on lockdown. They were exposed to this virus that was killing people. That shows the mission of what we’re trying to do and the support that our team members have. That, by far, is unequivocally what I’m most proud of.

Whenever you look at starting a company, the importance of a market fit and need can’t be underestimated. If you think about it, the most successful companies address substantial market needs or market size. To truly understand the addressable market is probably the most important thing. Many times you see entrepreneurs come up with a business idea and they say “there’s no competition for it”, which means they haven’t done their homework. There is practically an idea out there for everything. Understanding that market fit and size will enable you to speak intelligently about the offering you’re creating, and thus create the highest level of success. In terms of resources, it’s your network because they have a wealth of information they can share. Your network in my opinion is the most important aspect of starting a business because you have to find customers, team members and capital. Asking people who have not necessarily been through a startup but been through various components that are necessary to start a business is where you’re going to get the best information.

I was terrified of failure. I had never truly failed in life when I started Contessa. The fear of failure crippled me after I wrote the business plan. The one thing that I think is super important for entrepreneurs to realize is that there is a very high likelihood that you will fail and that is okay. If someone has truly done their work and is truly trying they will gain so much out of starting a company. Whether the company grows to be a multimillion dollar company or not, whether you make lots of money – whatever your goal is with starting a company, you will see fulfillment if you truly try to understand what problem you can solve and go about doing so in a smart way.

I play guitar a lot and I cycle. I am a big road cyclist and mountain bike rider. I also have two little girls. Spending time with them and my wife — it’s those three things. You have to have balance. People say I don’t have balance, my job is my life. Yes, it’s important for me but I will never sacrifice my family or my sanity for a business. You can successfully do both. 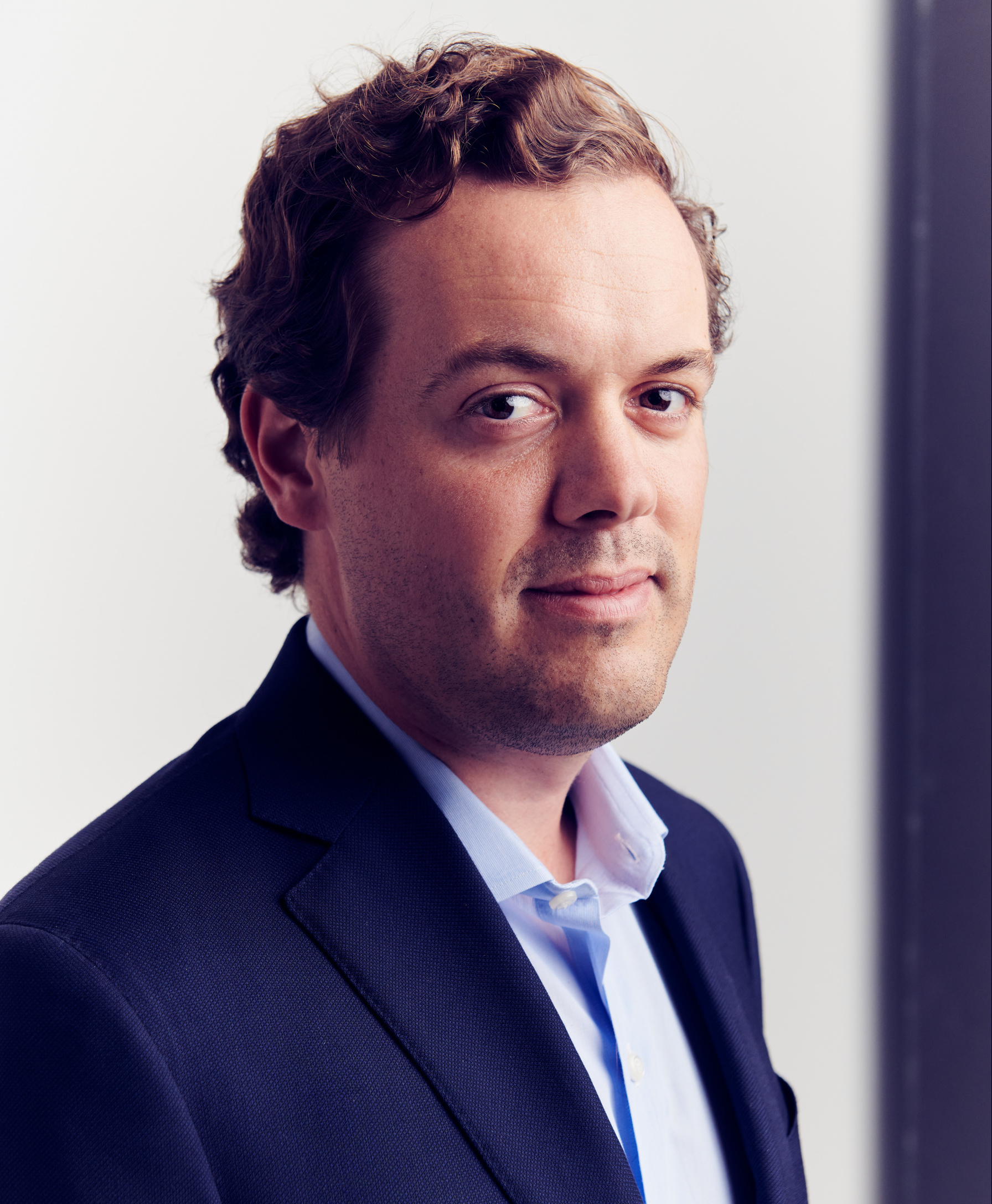 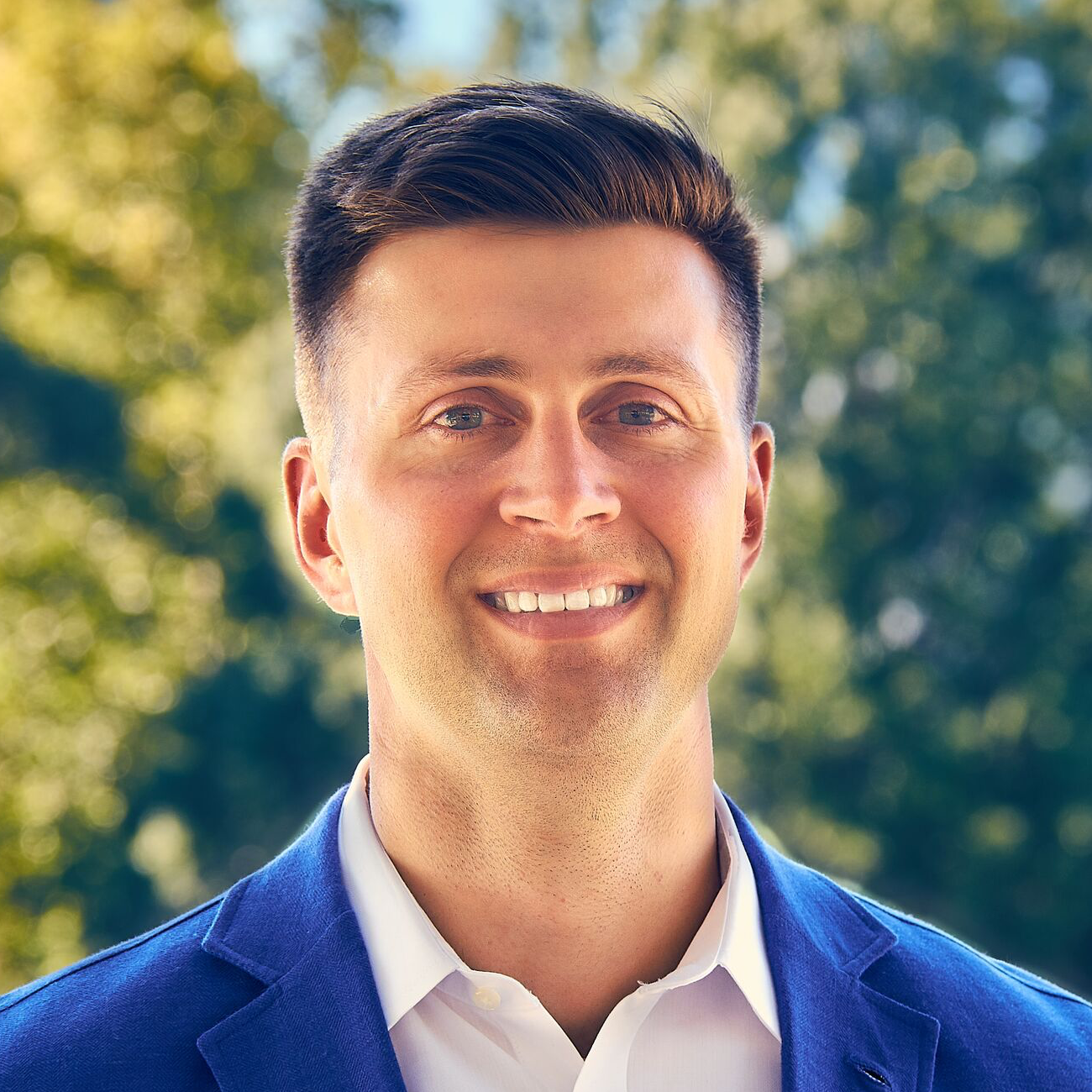 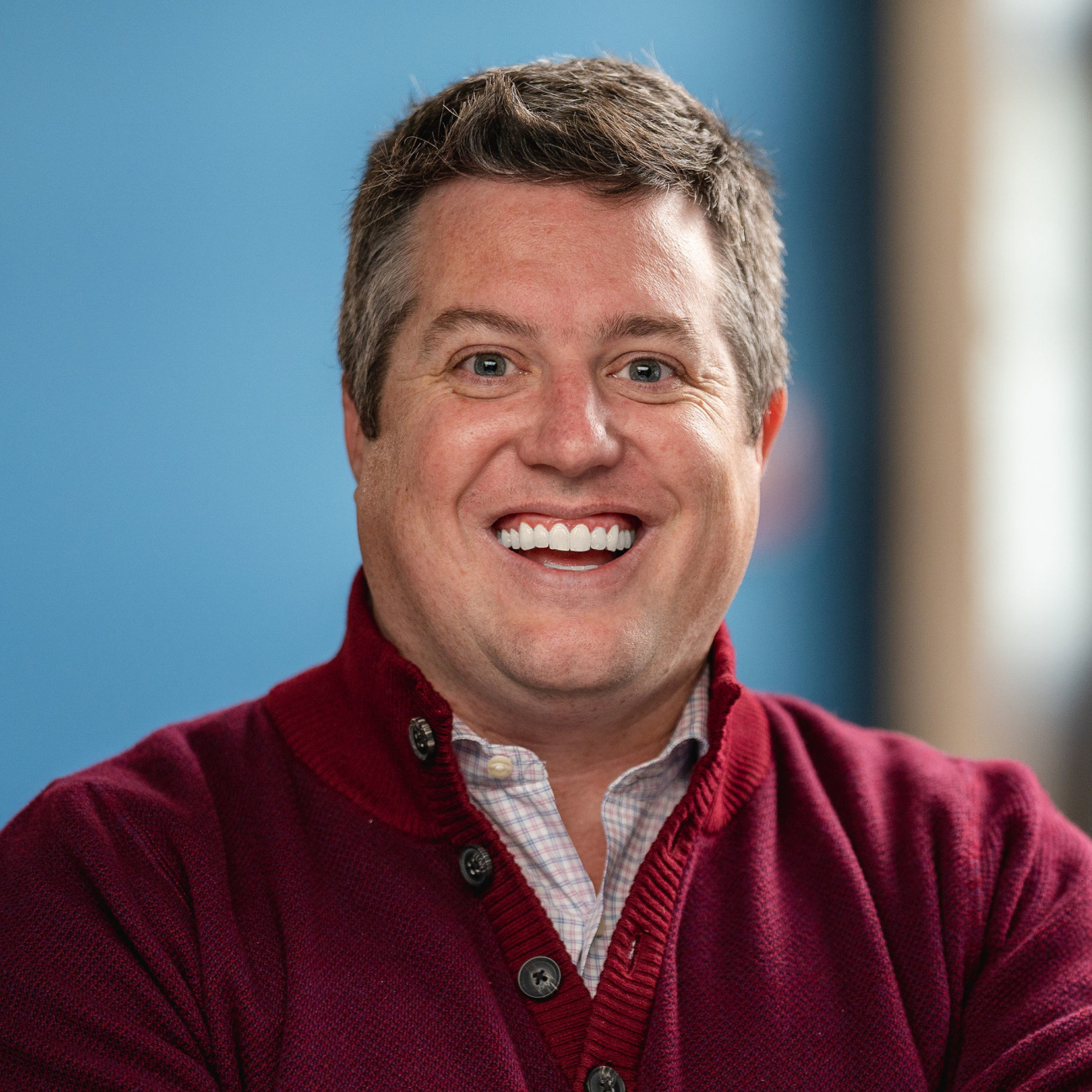