Before attending Vanderbilt, Rick Margaritov was the founder and Chief Brand Officer of The Drinkery, a wholesale distributor that works with small production wineries and craft breweries outside the U.S. When the company took off in Asia, Rick consistently traveled there and became immersed in the culture with each visit. He was particularly intrigued by Japanese sake consumption. Recognizing the lack of education on sake and the disconnect between brand and loyalty from a branding and packaging standpoint, Rick began looking into sake trends in the U.S. 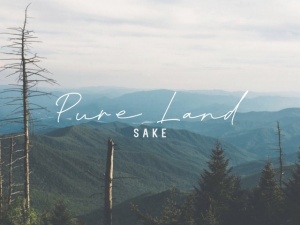 Sake is no longer only a drink of Japan. Japanese sake brewers are targeting the U.S. as the place for most growth, causing consumption to be on a decade-long upward trend. However, unreadable bottle labels have resulted in a missing void with consumer brand connection – the most powerful brand building mechanism for almost all craft spirits and beer brands. Drinkers of all demographics have little education on the differences between sake brands, styles and how the alcohol is drunk. Consumers also don’t have a go-to-sake in their minds at the point of purchase.

Developing a concept to fill this void and connect sake drinks with brand authenticity and quality, group members Rick Margaritov, Shawn Odle, Falon Scott, Ping Li, Jennifer Griffin and Charles A Brown developed Pure Land Sake: a new handcrafted sake using a modern approach to traditional Japanese brewing methods. Cultivated by natural and uncorrupted brewery practices, the product is handmade and unmanipulated. Whether it be in consumers favorite restaurants, in the comfort of their own home, on-the-go or at a Pure Land Sake brewery, this business idea strives to educate U.S. consumers about sake and create an American craft sake that propels U.S. consumers into the industry. Although Pure Land Sake may not be the first craft sake brewed in America, it will be the first natural super premium sake to truly connect with, and be sought after, by American consumers. 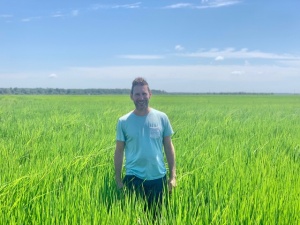 Working in a category with untapped market potential, Rick intends to launch this business in Nashville upon his graduation from Owen. Professor Michael Burcham’s Launching the Venture Course allowed Rick to further develop his business idea and gain input, modeling and research to enhance Pure Land Sake’s offering.