Rehan Choudhry is an inspirational speaker, writer, storyteller and accomplished entrepreneur. After graduating from Vanderbilt’s Owen Graduate School of Management with an MBA in 2007, he founded Emerge Impact + Music, an immersive music conference and A Beautiful Perspective, a global next generation media platform. From his work at ABP Rehan shows there is another way to share news and discuss current affairs through a rich tapestry of first person stories and live events to keep people informed, inspired and involved in the world around them. 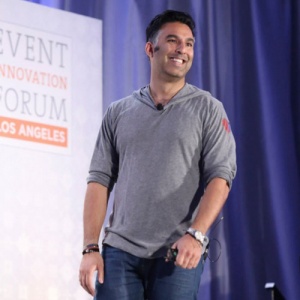 After working in a variety of corporate and entrepreneurial environments over the years, Rehan has narrowed down the six most valuable lessons he’s learned throughout his career. He shared this knowledge with Owen students at the Owen Venture & Entrepreneurship Club’s virtual Lunch & Learn on Tuesday, January 26th.

Being an entrepreneur doesn’t mean taking the risk of working on your own: There is a misconception about entrepreneurship that it is often viewed as a lone ranger’s endeavor. However, there’s an abundance of resources for entrepreneurs in various industries. There’s a massive network of people who you can use and organizations that limit the risk of doing it all on your own.

You’re not a business until you’re generating revenue: In entrepreneurship it’s important to define what revenue is – as it may not necessarily be money. In the case of businesses, identifying your performance metric and understanding when you can start viewing yourself as a business is crucial. Whether it be the first check, the first signed contract or a profile, you can’t get caught up in showing success, developing a team or creating merchandise before you have that initial “revenue.”

You must fully embrace the stage of development you’re in: In all startups there are two phases making up 10 steps. Phase 1 is zero to one and consists of concept development, product tweaking, building a story and defining what you’re selling whereas phase 2 is steps two to ten. Phase 1 is when you set the concept and have the freedom to define and redefine the business before it gets too late. The vast majority of startups that fail are ones that skip the zero to one stage and jump to phase 2 too soon because once you move on and start locking in funding, the room to pivot gets more and more limited.

Don’t raise money until you absolutely need to and be super critical of who you take it from and the terms you take it under: Nobody should be rushed to raise money because you feel like you can’t sustain without it. There is always time to take a step back but once an investor is on board it’s impossible to do that. You must rethink and be honest with investors, especially if they’re family and friends. They should only be investing if they’re giving money that they would be willing to light on fire. No certain outcome is ever guaranteed.

Redefine what success looks like: It’s important to understand what your core performance metric is early and intrinsically tie yourself to that and nothing else; anything else becomes a major distraction. Things that don’t directly correlate to your primary metrics growth will start consuming your time, but keeping focused on that one performance metric will be a product of your company’s success.

Don’t wait for anybody to turn the lights back on: Entrepreneurs must embrace the idea that the lights will never turn back on, meaning once something changes the world will never turn back to what it was before – something will always be different. As an entrepreneur you have to look at the world through the lens of trying to solve issues for people who don’t know their problems can be solved. This is where entrepreneurs thrive – when you can quickly execute ideas to see what sticks. There is a huge opportunity to take advantage of what the world is going to be, but the first step to shaping the world is letting go of the past.

Aside from these six lessons, Rehan also shared the importance in finding the one thing you’re really good at and dedicating time to become an expert at it. Whether it be reading like you’re running out of time, being curious about everything, finding an hour a day to sit in silence and think or surrounding yourself with interesting people, Rehan attributes his success to these simple actions.